You Can Never Have too Much Lobster 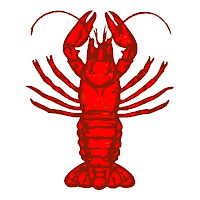 My chemistry teacher from sophomore year of high school used to always say, “Too much of anything will kill you.”

We scoffed and challenged the way fifteen and sixteen year old girls who think they are smarter than they are thanks to a fancy school uniform are wont to do.

“Not true,” one of us once replied with an all-knowing smirk.  “What about water? Too much water can’t kill you.”

“Yes it can,” he said.  “Look it up.”  I will date myself by saying this was pre-internet days, so none of us bothered to hunt down the proof otherwise.

But, as it turns out, he was right.  Thank you Google, I’m not actually sure how I got through high school and college without you.  According to Wikipedia, between 1995 and 2008, there were more than ten reported cases of death by water.  The official term is water intoxication or water poisoning, and is “a potentially fatal disturbance in brain functions that results when the normal balance of electrolytes in the body is pushed outside of safe limits (e.g., hyponatremia) by over hydration, i.e., over-consumption of water.”

Last week, at a client dinner during a trade show in Vegas, as we started to slow down our attack on the mammoth cold seafood appetizer platter, in anticipation of forthcoming steaks and sides, one lone lobster tail sat untouched on a bed of ice.

“There’s a lobster tail left over here,” Renee pointed out.  “Anyone want it?”  Of course I wanted it, whether or not I had room for it and filet au poivre was another story.  I kept silent.  So did everyone else.  Until Kevin chided everyone for letting it go to waste.  “You can never have too much lobster,” he declared.  We all laughed and I’d had too much wine, so I honestly don’t remember if someone actually ate the thing.  But I do remember being challenged to write a blog with such a title, especially in light of my last entry, and I started to think about what Mr. Patrizi had said, all those years ago.

Clearly, we live in a world of excess these days, and not just at a restaurant.  We always want more of something, bigger of something, better of something.  More food, more money, bigger cars, bigger houses, a better partner, a better body.  Satisfaction is an ever-dwindling concept.  And Kevin is right.  The general mentality is that you can never have too much of a good thing.  That attitude is what makes people like him a success.  Deep down we all know too much lobster will at the very least, make you feel lousy, but the real message here is the motivation.  To avoid complacency adopt an attitude that you can and should have it all.  It works, all the time, all over the world.  And it gives you something the strive for.  Maybe you never hit the “too much” mark, but trying to get there puts you in a pretty great place.

Or was Mr. Patrizi on to something all those years ago?  Are we right to keep in mind that too much can be just that, too much?  That as much as we should strive to enjoy life and perhaps not dwell too extensively on the dying part, we would all do well to remember that we have our limits.  There’s a statistic I found online (thank you again, Google) that says over 1,900 lottery winners have ended up broke.  Some have even been murdered by family members or committed suicide.  Again, depressing, but an interesting argument.

I think we all end up somewhere on a continuum  (thank you Star Trek) between the two.  I’d like to think I fall somewhere in the middle, that I can usually find a good balance between when it’s time to go for broke and when I should just enjoy the ride I’m on.  Which seems like a good thing, but who knows.  Maybe it’s better to live on the edge.  I might find out one of these days.  Until then, at least when it comes to lobster, I have some, please.  But just enough to enjoy it and leave some room for the filet.
Posted by Karen Soltero at 5:26 PM