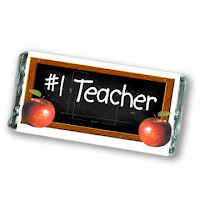 This is not an essay about me.  Or about me as a teacher.  But it is about a teacher.  And teaching something for the first time is the thing that reminded me of him.  So here’s the back story.  On Saturday, I taught my first photography class.  It was a Composition in the Field class, and I shepherded five students in and around Deep Ellum to explore the world through our lenses, finding new and interesting ways to compose images, learning the rules and then learning how to break them.  I was humbled by the difference between using the tools and techniques that are so ingrained after eight years of shooting I take them for granted, and actually teaching them to someone else.  Teaching them in a way that makes sense.  It’s not easy.  I think I did a pretty okay job, at least as evidenced by the shots I glimpsed on the backs of their cameras during the day.  And they all seemed to get what I was saying.  No head scratching or funny looks, except maybe when I struck some strange poses to prove a point here and there.  At the end of three sweaty hours in the sun, I had an empty water bottle (or juice pack, as one student jokingly called my metallic water pouch) and a class with full camera cards.

The very best teacher I had during my school years was a man named John Killion.  He taught sophomore year high school English.  Taught it with the kind of exuberance and enthusiasm I’ve never seen since, outside of the fiction John Keating in the movie Dead Poet’s Society.  The odd similarity between their names is not lost on me.  The first day I sat in Mr. Killion’s class, amidst my female classmates, we didn’t know what to expect.  He was new to the school, we would be his first students at the all girls prep school I attended.  An overstuffed arm chair with hideous upholstery sat wedged up against the teacher’s desk.  This was something new.  And then in he strolled.  With a football in his hand.

“I’m going to throw this at you, when you catch it, say your name, then toss it back to me.”  We all looked a little aghast, I think.  Football?  Did he not see the room full of girls before him?  The ball was in the air before we had time to think, and in this way, we went around the room and introduced ourselves to this strange new teacher.  The methodology would continue throughout the school year – he would throw the ball at you when he wanted you to answer a question.  We learned a lot of English, not to mention we became pretty adept at catch.  Smarter and more athletic, all at once.  This guy knew what he was doing.

The arm chair, we would come to learn, was his favorite perch for lecturing.  He’d sit in sometimes, but would usually be up on an armrest or the back of the chair, his feet wedged into the seat cushion that could only be improved in appearance by some shoe scuffing.  When really excited about a subject, Mr. Killian was prone to standing on the chair, and he would practically vibrate with enthusiasm, rallying the class better than Tom Cruise on Oprah.  If you had something to say – an idea, an essay to present, you might get invited into the chair.  And in between classes, we all hung out there, because it was the coolest classroom in the whole upper school hallway.

Mr. Killion had a pet pot-bellied pig.  His name was Bob B. Q.  He often came to class to visit us, dressed in a sweater striped in our school colors of green and white.  I think that was his attempt to pass Bob off as a student, despite his gender and lack of adherence to proper uniform code.  He’d sit in his cage and snort when he didn’t like your opinion of the latest short story.

Mr. Killion’s class was electric.  You couldn’t help but want to learn, want to do well, want to say something interesting.  As students we wanted to be so inspiring that we made him jump onto that chair.  But one of the things I most remember is his quiet statement he made every test day.  Over the rustle of paper and we passed exams back down each line of desk and amidst the shuffle of skirts in seats as we got comfortable and settled in to the task at hand, he would stand still, hold out his hands as if holding something imaginary on them and smile.

It was an invitation to do our very best.  It was an encouragement to try just a little harder that we thought we could.  It was an assurance that we had the tools we needed to succeed that day.  It was a reminder that this was just a test, something concrete, something simple.  It was not life, it was just one moment of one day.

Mr. Killion was haunted by personal demons.  And during my senior year, he took his own life.  But he never brought those demons into the classroom, he only brought light, humor, creativity and encouragement.  He taught us to be better students and I think, most importantly, he taught us that learning should be fun.

Now I understand.  So thank you, Mr. Killion, wherever you are now, for inspiring me to always find joy in learning, to be the first person I think of when the word teacher comes to mind and I can only hope that your wisdom stays with me through any teaching opportunities that I may come across in the years ahead.
Posted by Karen Soltero at 11:07 AM